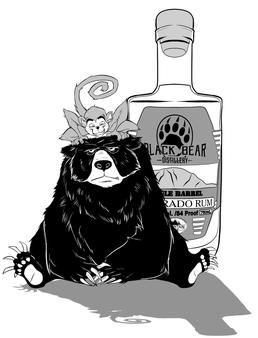 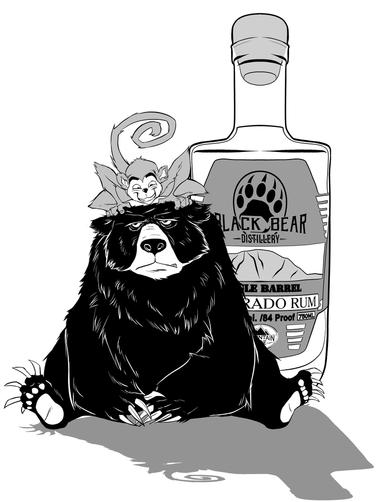 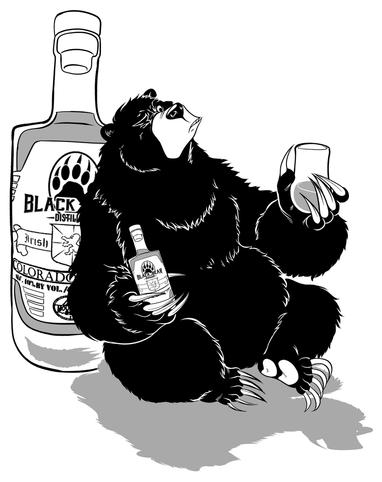 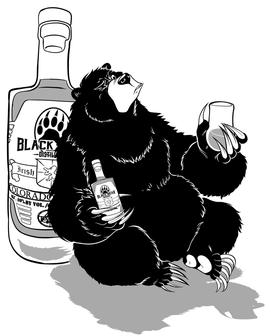 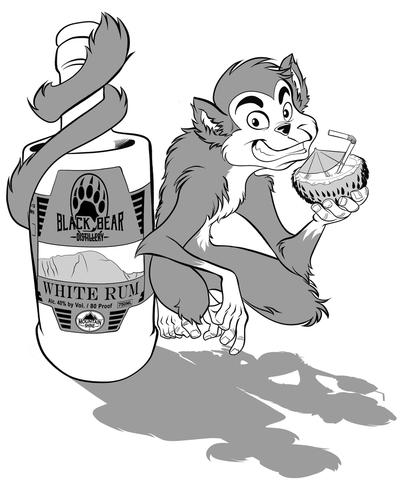 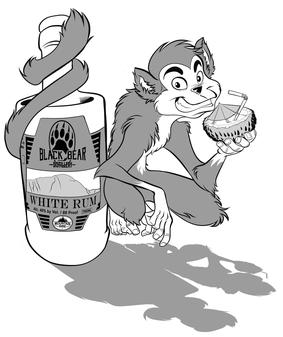 The Bear and The Monkey

The Artist is named William Calleja.


First of all, you have the Bear.  His name is Ben and he is a serious bear.  He represents the Black Bear, which is a 70 year old heavy log cabin in the Colorado Rockies.  Serious Whiskey.  Charred Barrels, etc.  He represents the Whiskey, so this is what that looks like:

Second of all, there is the white rum.  To be exact, Brazilian Cachaca style white rum.  This is the opposite.  No age, based on sugar, all fun party.  Hence, the Monkey.  I am leaning toward Silas as his name, real hard.  But I am not sure.  Anyway, the monkey is fun loving and mischievous.  So, this the white rum logo.

OK…so the two mascots, one serious and old, one young and energetic and fun.  The white rum and the whiskey…everyone can understand that.  But we have another product; we have a product that is both.  It is a white rum aged in whiskey barrels.  A whiskey lover’s rum!  It is much more serious than the white rum or the monkey, but not as serious as the whiskey and the bear.  It is some of both.  A rum with golden color and beautiful brown sugar tones accented by oak vanillins and hints of charred barrel caramel.  This is the Gold Rum.  Specifically, Black Bear’s Single Barrel Gold Rum.  A little but of both.

A Little Bit of Both